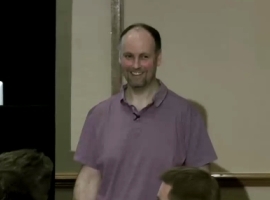 Our minds and bodies do not exist in isolation. Even the Romans knew that. What the Romans didn't know was how our modern lifestyles - especially in sendatry professions such as ours - would throw the balance between them into crisis!

Just going to the gym 2-3 times a week (if we even do that) is not going to cut it. Many studies have shown that changes need to go much deeper - with NEAT (Non-Excercise Activity Thermogenesis) playing a major role. Our diet, too, is critical to getting the best out of, not just our bodies, but our minds too. Doing the right things the right way can literally be a matter of life and death!

The good news is that, with the right information, making the necessary changes is not only realistic but can be fun and enjoyable. You can expect to feel better, to think better, to get sick less and extend your life! It *will* take some committment, but not the setting-yourself-up-for-fail type you might be used to.

The problem is that there is a lot of misinformation out there, as well as out-dated, counter-productive, views (many of which are still promoted by the state - although that is changing). Previous unfruitful attempts to adopt a healthier lifestyle may put us off trying again. But often the lack of success was down to just having the wrong information. We'll look at how to make sense of all this and how to avoid as many of the wrong paths as possible.

This presentation aims to cut to the heart of the best, scientifically supported, models we have of how to get - and stay - healthy in our modern environment and in the types of jobs we have. As well as general information and statistics I'll also cover some of my own anecdotal experience - including how, despite years of failure previously, I've been able to sustainably loose, at time of writing, over 25kg (about 4 stone) in just a few months (I expect to be at or near my ideal weight by the time of the conference) and feel better than I have for twenty years!

We'll cover NEAT and how it relates to sitting, standing and walking, some key principles of nutrition - including a crash course in the chemistry behind it - and how to get (and stay) fit despite our full schedules. Along the way we'll bust plenty of myths and take advantage of our existing motivation to maximise efficiency and effectiveness and automate as much as possible.