Clojure is the New C 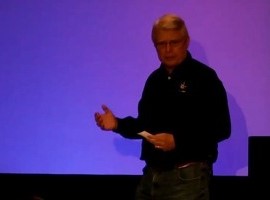 Why do we love C? Many reasons. Among them are it's simple syntax, it's minimal semantics, and it's closeness to the hardware. But for the last decade we have been transitioning into an era where the hardware doesn't matter. Who, 30 years ago, would have thought that the majority of enterprise applications would be executing on virtual machines; and that a plurality would be using interpreted languages?

Hardware is no longer the constraint that it was. And this trend will only continue. Therefore, what language is just like C, but without the closeness to hardware? Which language has a simple syntax and a minimal semantics?

I'll make the case for Lisp - specifically for Clojure.