REVIEW - The Design and Implementation of the FreeBSD Operating System 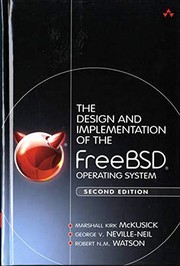 The Design and Implementation of the FreeBSD Operating System

About 10 years ago, I read the first edition of this book, and I quite enjoyed it. I’ve read a few books on OSes (Solaris, Windows, Mac OS X and Linux) and they tend to dwell on the details, either in the case of the open-source OSes describing the fields of kernel data structures or in the case of the closed source ones, trying to find ways to tell you as much about the data structures as possible with kernel debug tools. My main recollection from the first edition was that there was little in the way of data structures, it was mainly English prose. And that I quite enjoyed.

Fast forward to the second edition. Firstly we jump from FreeBSD 5.2 to FreeBSD 11 (which is not yet a production release). A lot of changes have happened in those 10 years. Virtualization, Security, ZFS and DTrace have all been added, which probably explains why the page count has gone up by about 200 pages (though the paper is thinner so the second edition is actually slightly thinner).

Unfortunately for me, much of this new material was either fairly familiar to me (e.g. the stuff that came from OpenSolaris like ZFS and DTrace) or isn’t really my cup of tea (like the security). That said, I quite enjoyed the book and if I do get the time to dabble a bit with FreeBSD then I expect that I’ll revisit the book.