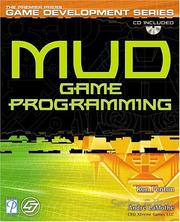 This book started well, albeit a tad slowly. Given the difficulty in teaching Multi User Dungeon (MUD) programming techniques, this is all well and good. I would have preferred if a properly platform independent stance had been taken, but that really is not that important given everything was explained clearly with time taken for those not using the Win32 platform.

The code examples and networking (an extremely important aspect in MUD games) are well thought out and well documented. The only downside is not really to do with the author, but the really awful way Premier Press lay out their books. They are not pleasant to read. The grey boxes (usually some form of note) and odd fonts are unfriendly - I have seen this in many Premier Press books. I find it really does get on my nerves as it detracts so much from the book's content.

MUD programming is not easy. Imagine a typical adventure game on your computer. You interact with the computer, it responds and that is how it plays. Cause and effect. Very simple; an idea which has been around since Crowther's "Adventure" game.

Now, imagine you have thousands of players, all at varied points in the game, all putting in some form of input, all of the input playing some role or other in the adventure arena and all the time, a central server having to control and play the game. Now you can see the difficulty in writing a Multi User Dungeon game. Through lots of explanation, the book demonstrates how best to do this task.

The CD, which comes with the book, is rather good with not only the code samples, but a better implementation, various libraries and even some bonus material.