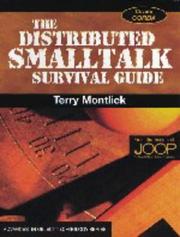 Many applications are now being designed to run in distributed environments, so it is understandable that many language designers have added distributed program element support to their languages. Smalltalk is no exception and is such a powerful language that the required functionality is easy to use. The author has written for both JOOP and The Smalltalk Report.

Some 10 years ago, when I was teaching OO Analysis, Design and Programming, Smalltalk was used as the implementation language for some of the examples that were used because it is easy to read. This book too is easy to read and the examples are simple, even for someone with little knowledge of Smalltalk; ANSI C and C programmers should have little trouble in understanding the code.

Interestingly the book discusses a lot of the issues that face all developers producing distributed applications, including a 36-page chapter about CORBA. This is backed-up by two case studies; the Lawrence Livermore National Laboratory Data Warehouse and the Stock Market Project each of which provides insight into the managerial, architectural and practical problems that can be encountered in building large distributed systems.

There are some technical errors in the book, which I do not accept are inevitable. A technical book should be reviewed by peer reviewers in order to be of lasting value; if not then it should not be published. I do not subscribe to the view that technical books will always contain errors, especially such elementary ones such that which quotes the range of values of a long integer in CORBA as being -231 .. 231-1!

In this book I suspect that the error is the printer's rather than the author's because the rest of the book appears to be quite accurate, but this sort of error makes me worry about the accuracy of the rest of the book. This one is short enough to check through, but the 600 to 1200 page tomes that I find in computer stores give me grave cause for concern.

One problem with the book is that its publication date is 1999, so much of it would have been written before that date and in places, it shows its age. Comments about machine speed and package sizes are best avoided in books like this because the technology changes so rapidly. For example a 266Mhz machine is now regarded as rather slow, although the book implies that it is quite fast.

Despite the errors/weaknesses that I have mentioned (they're admittedly minor) I think that the book should be recommended simply because the case studies and CORBA section are very useful. My only real reservation is whether it would be useful to the ACCU readership. For the most part I think that it would because the basis of Smalltalk is OO and the language syntax is simple enough for a competent C or C++ programmer to be able to read and benefit from the examples.