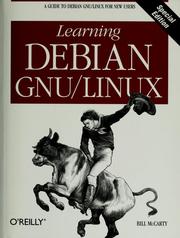 Overall, ... well worth adding to your collection of Linux books.

As may be expected, as the author and titles are similar, these two books cover very much the same detail. One specifically for the RedHat and one for the Debian variants of Linux. The texts are very similar and only really differ in Chapter seven; Configuring and Administering Linux and the various appendixes that detail the directory tree and how the package process is handled. The rest of the text in almost identical so it may be a waste of money to buy one if you have the other.

The books follow the recent trend of focusing on one distribution. I feel this trend is good for the end user, as many newbies are confused when presented with variations in the different distributions, so sticking to one should make discussion clearer and shorten the learning curve for some. I also think that as Debian is not the easiest of distributions to install and use, a book devoted to its use is deserved.

Both books are laid out well and are easy to follow or jump into. The text starts with an overview of why you should run Linux and follows that with the minimum hardware requirements. Both then inform the user how to install a Linux system, from setting up a hard drive through to loading the available packages. The relevant chapters on Connecting to the Internet are handled either via Red Hat's linuxconf program or via Debian's pppconfig program.

The material in both books is presented in a straightforward manner, using clear, easy to understand descriptive text. I did feel that both books are written with the computer-literate reader in mind, as even though the author defines basics such as ``what is an operating system'', they still write as if they expect you to already know.

Overall, both Learning Red Hat Linux and Learning Debian GNU/Linux are complete reference guides to each distribution and well worth adding to your collection of Linux books.