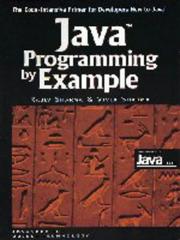 Initially I liked this book. To me it seems to present the material in the right order. Unlike some other books I have seen, the introduction is actually an introduction in that it presents the key ideas and concepts without going into too much detail. If anything, it whets the appetite for what is to come.

Chapter two, sensibly, discusses applets. Frighteningly, chapter three talks about threads. Many people get scared of threads. Introducing this subject so early in the book shows there is no need to fear them and it gets them nicely out of the way before GUIs are discussed. I would have liked a little more on classes. As this is a fundamental concept in Java it would have been nice to see a longer discussion and maybe a little more about developing classes that interact with each other.

Polymorphism is another subject I would have liked to have a little more coverage.

To make room for these topics I feel it would have been possible to drop the sections on Native Methods (calling programs not written in Java) and maybe Object Serialization could have been omitted. To be honest though, these could remain in the text and a few pages on classes and polymorphism could have been squeezed in.

As your only Java reference book I think this has shortcomings but it is not a bad book and if you find it on your bookshelf then it will not simply collect dust.