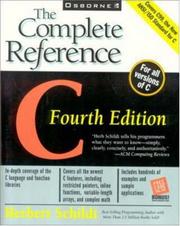 I promised myself that I would never review another book by this author but when it crossed my desk I decided to open it at random to find the first error on the left-hand page just to confirm that he had learnt nothing. This proved harder than I expected. Yes, he has learnt something, not enough to receive positive acclaim but enough to remove the 'positively detrimental' epithet. The surface technical errors have largely gone but I must confess that I lack the time and enthusiasm to do an in depth code review.

However there are several points that I should bring to your attention. First of all the whole book is written in a context of using a Microsoft based platform. The sizes of fundamental types are implicitly those you would use for such a platform and the author rarely if ever considers the problems raised by other hardware being different.

Next, remembering that this is supposed to be a reference book, 40% of it should be ripped out and published elsewhere (if at all). I can just about live with the chapters on algorithms (though there are plenty of better books on the subject with more extensive coverage from specialists in that area. However, expression parsing and AI-based problem solving does not belong here. The whole of part V should go. There is no place for chapters on Building a Windows 2000 Skeleton in a book with this title and the chapter on efficiency, porting and debugging is out of the ark. No sane programmer uses the register keyword these days because doing so almost certainly shoots the compilers optimiser in the head.

Finally section VI which is about one of the author's favourite programs, a C interpreter, is something else that, whatever its merits, does not belong in this book.

Now a point in the books favour, hidden away you will find chapter 11 covering, albeit briefly, coverage of the new features introduced in C99 and the 14 pages of chapter 20 cover the new library features added in C99. Now that means that for a brief time Mr Schildt can claim to have the most up to date book on C. A shame that I do not know of any compiler that allows me to use these features.

I am not going to recommend this book (too many of you give too much weight to my opinions) but I do not think it deserves the same opprobrium that has been legitimately thrown at some of his other work. Let me say that without his track record I would not be so suspicious of hidden difficulties, however he makes a big thing of how many books he has sold so he should not complain if those same books result in this one not being welcomed with open arms.