REVIEW - ActiveX Controls Inside Out 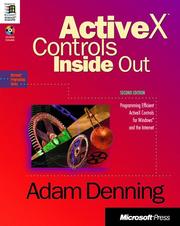 ActiveX Controls Inside Out

This is a new edition of Adam Denning's earlier book OLE Controls Inside Out , which was reviewed in C Vu 9.2. The book has been updated to reflect the changes brought to ActiveX controls by the OCX96 and ActiveX specifications (more than just a change of name!).

The book is split into 3 parts; the first part is a good presentation of the parts of COM necessary to understand how ActiveX controls work. The second part is a thorough discussion of how to create ActiveX controls using Visual C++ and the MFC. Particularly useful, is that time is spent explaining what is going on at the COM-level underlying the MFC code. The third part contains advanced topics, such as hosting ActiveX controls in Web pages.

This is a good book as far as it goes, but by limiting itself to Visual C++ and MFC, its usefulness is restricted. Discussion of using the ATL to create controls (which is probably the current method of choice for developers) is limited to 4 pages in an appendix. The book was also out of date as soon as it was published (this is a problem that affects many books about Internet-related subjects); for example, the wizard examples use VC++ 4.2 and ATL1.1 rather than the current and somewhat different ones in VC5.0 and ATL2.0.