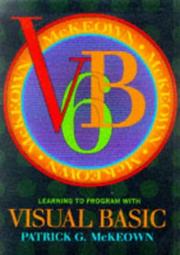 Learning to Program with Visual Basic

As a book I think that it is rather verbose - this being exacerbated by the verbal dialogue used to develop the scenario of the running case study. I guess that the author knows his audience and perhaps this approach used is best for them. I could imagine the material being put across in lectures and practical sessions. Those that had problems in class might appreciate having the lesson repeated in print. Those that grasped the points fist time would not have to read it. Also, the level of detailed instructions would be useful for self-study.

The book does indeed cover programming fundamentals of sequence, selection and iteration - but it weds these too much to the concrete VB illustrations for my taste. And indeed, despite the proclaimed aim given above, the VB material dominates to such a degree that the book ends up being a beginner's VB tutorial. As such it succeeds.