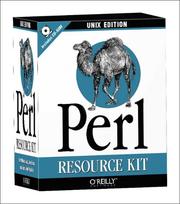 This set consists of four books and a CD. The first of the books, the Perl Utilities Guide , covers the software on the CD and how to install it. The vast majority of this book, however, is given over to the Java/Perl interface known as JPL, which lets you write code mixing Java and Perl. This is an excellent addition to Perl and the book gives a comprehensive and well-written tutorial on the major uses (such as interfacing to the AWT, Java's windowing toolkit and the JDBC, its database facilities), as well as a complete reference in an appendix.

The second of the books, Programming with Perl Modules , is a tutorial text on using modules - firstly explaining how to write your own, including the OO facilities and then describing how to use many of the most useful modules, from email through Perl/Tk and DBI (databases) to web facilities. Again this is a well-written book which is paced nicely for someone who has average or better experience with Perl.

The other two books are the Perl Module Guide in two volumes. These are a reference for the vast majority of useful modules available for Perl and are essentially a printed copy of the online documentation that comes with the modules.

The CD contains a complete and unaltered snapshot of the CPAN archive (the site that holds anything and everything Perl), along with Perl and JPL binaries for Sun and Linux. Here's the biggest disappointment of the whole set - O'Reilly have decided that the JPL is not to be released as free software and as such there is no source for those who have a different platform. This really is not in keeping with the whole free software movement of which Perl is an integral part.

Summing up, the tutorial books are excellent and the reference books are well organised. For people with an Internet connection the CD is only really useful for the JPL since the CPAN snapshot will age rapidly. If you aren't interested in the Java interface and don't mind reading the module documentation on the screen then there really isn't much for your hundred pounds. If however you do want these then the Perl Resource Kit is recommended, but remember they are not for the novice; buy one of the other O'Reilly books to learn the language. Finally, if you're looking for the Windows edition then there isn't one, although they may be planning it.